Held in August, the inaugural Sportsman’s Lunch at Central Hotel kickstarted over $1,400 in fundraising for the Colin Heapy Goalkeeping Foundation.

The Foundation is an initiative of a local resident, Greg Heapy who sadly lost his brother Colin Heapy earlier this year, aimed at achieving professional goalkeeping coaching for the kids of the Illawarra.

The Sportsman’s Lunch coincided with the launch of the Foundation and the team at Central Hotel are proud to announce a list of appearances from all-star athletes including Shellharbour’s own UFC fighter, Alex Volkanovski with Illawarra Hawks players Josh Boone, LeMelo Ball and Angus Glover and NRL player Kezie Apps, all coming together for the cause.

Colin was a proud Goalkeeper for the Port Kembla Football Club and the foundation hopes to raise enough money to help “kids learn the skill and art of goalkeeping and possibly create a future in the sport for themselves, but most importantly create positive relationships with other kids” to help minimise depression amongst youth. He is hopeful that “we may be helping to prevent suicide without even realising that’s what we’re doing.”

The venue held a charity auction featuring sports memorabilia and several prizes donated by the athletes and local groups. Central Hotel, known for being the heartbeat of Shellharbour, will continue to help local charities in the Illawarra and collaboratively raise awareness for their significant causes. 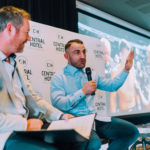 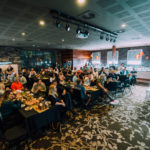 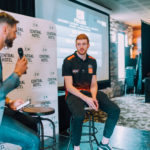 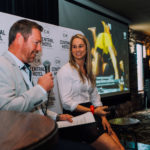